Jelle (1986) got his first drum set when he was two years old. From the age of six he took private lessons before attending music school at the academy of Turnhout. He graduated from the Royal Conservatory of Antwerp as a master in Jazz/Light Music (2009) as well from the Royal Conservatory of The Hague (2011). Over the years, his interest in Composition increased, so he decided to study composition with Kris Defoort at the Royal Conservatory of Brussels. Here he obtained a Bachelor's degree in composition Jazz/Light Music (2013). Afterwards he studied Composition with Bert Joris at the Royal Conservatory of Antwerp (2014) for another year. Jelle plays in various groups, jazz and beyond. He has already given concerts on many stages at home and abroad, including China, Lithuania, Slovakia, Slovenia, Latvia, England, South Africa, ... He shared the stage with renowned artists such as Toots Thielemans, Ack Van Rooyen, Bob Mintzer, Bert Joris, Raymond Van Het Groenewoud, Guido Belcanto, ... As a composer, he has already released two albums under his own name, Songs For Everyone (2015) & The Journey (2017). He is also active in the hafabra world where he writes compositions and arrangements for various orchestras. For the orchestra of the Belgian Navy’s 75th anniversary Jelle wrote a few arrangements of his own songs. His other hafabra compositions travel around Europe and are played in Denmark, Austria, ... He arranges for Hal Leonard, Het Geluidshuis and since 2019 he’s also active as a composer for series/film. He participated in the second season of Over Water, as assistant composer for Raf Keunen. 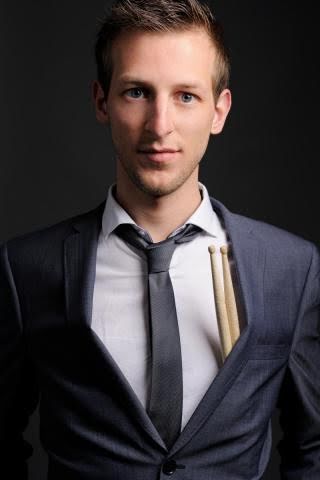